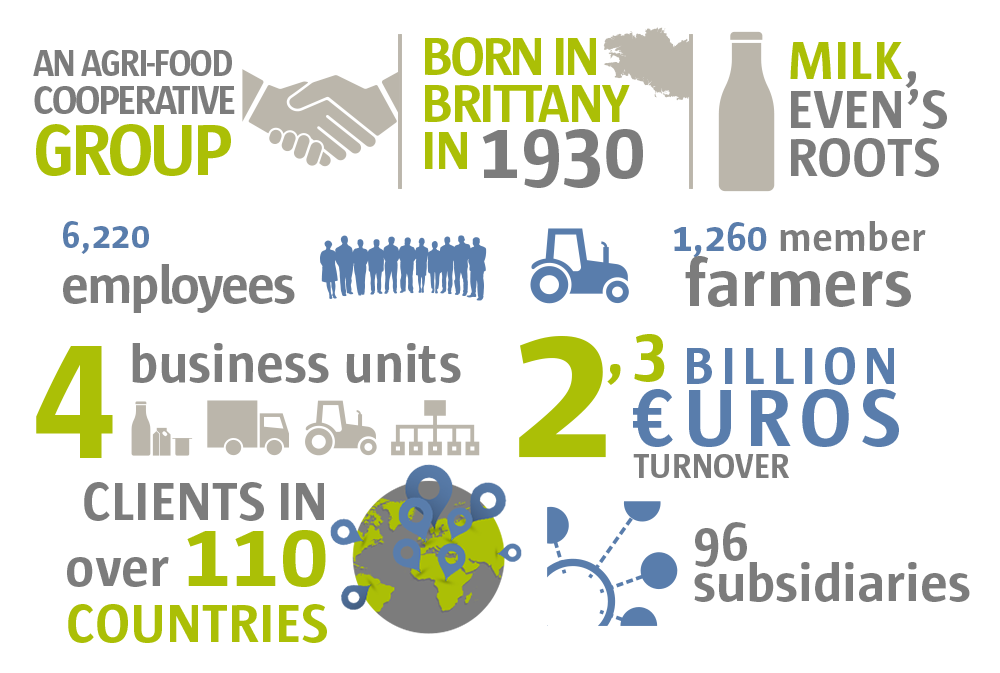 Even was founded more than 25 years ago by a group of farmers from the Finistère department. Today, it has grown to become one of the key players in the French food industry. What is Even? Who are its founders and how did it become what it is today?

In 1930, François-Louis Blons and a group of 26 farmers founded Coopérative Laitière de Ploudaniel with a view to processing milk and dairy products within their territory in a sustainable manner. The principle was simple: member farmers delivered all of their milk to the Cooperative, and the Cooperative processed this milk to produce butter or cream, which it then sold. The first General Meeting was attended by 150 members.

A story of success and diversification

The first food industry companies, led by Even, emerged in Brittany in the 1950s. At the time, Coopérative Laitière de Ploudaniel collected 5,000 litres of milk per day from 250 member farmers, and manufactured its first yoghurt 1955.

In response to demand from its members, Even diversified into the meat, animal nutrition and procurement sectors in the 1970s.

In 2000, Even expanded through a merger with Coopérative Laitière de la Côte d'Émeraude (Côtes d’Armor). Five years later, in 2005, Even was collecting around 1 million litres of milk each day and its membership had risen to 1,200 farmers.

In 2009, the "new-generation" Laïta was created. The 2009-2015 period saw significant growth of the Laïta and Even Distribution businesses.

In 2015, Even and l'Armorcaine Laitière, a cooperative based in Côtes d'Armor, merge to be stronger, more competitive and get new growing markets. 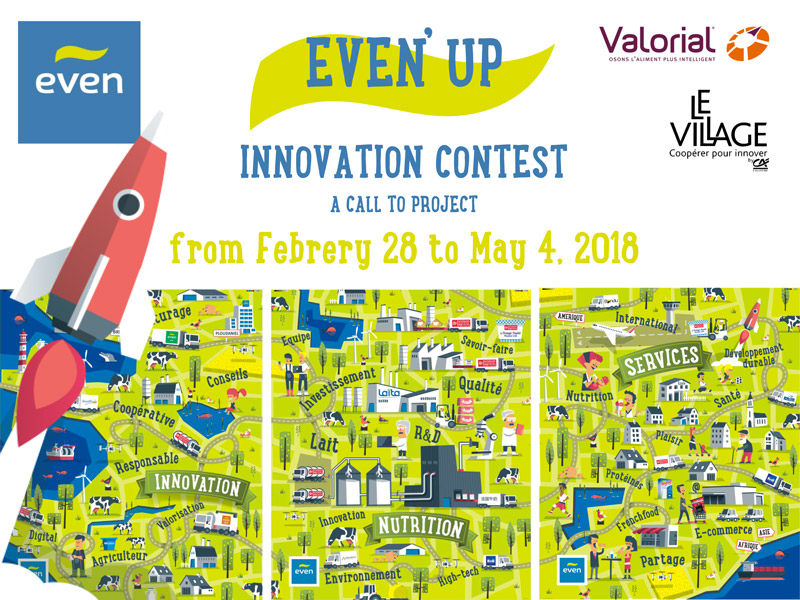